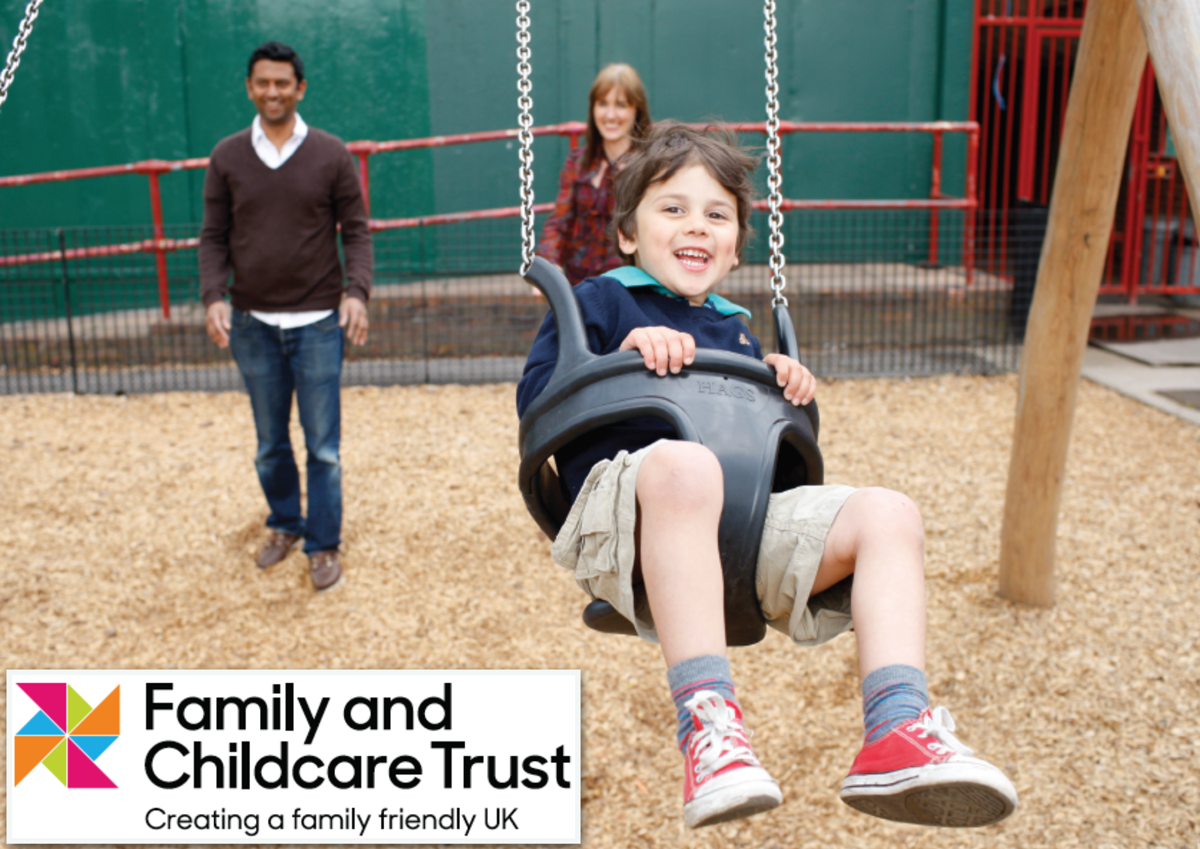 The Government is changing the way that families are helped with their childcare costs through the introduction of Universal Credit and a new tax free ‘voucher’. But some 335,000 families may miss out on vital support because of the complexity and overlap between the two systems. Parents may not know which form of support is best for them and those most at risk are parents whose income varies from month-to-month.

High quality childcare can reduce poverty by supporting parental employment and improving long term developmental outcomes for the most disadvantaged children. Successive governments have recognised this and acted to help families with their childcare costs to stop high prices acting as a barrier to work. Childcare costs are now subsidised through the part-time free early education, tax credits, employer-supported vouchers and a number of smaller schemes, for groups such as student parents.

In 2015, employer-supported vouchers will be phased out and replaced by a tax free voucher, which is worth up to £2,000 per child per year to families. As with the present childcare vouchers, it will not be available to those who receive any form of tax credit support, but for them, the Government proposes to increase the level of childcare help in the new Universal Credit in April 2016 to 85 per cent of childcare costs, up from the 70 per cent that is presently available through Working Tax Credit.

While this new help is welcome, we believe thousands of hard-working families will be caught in a confusing system where they won’t know which type of childcare support system – Universal Credit or the tax free voucher – works best for them. Typically, these families will be ones whose childcare costs or wages vary from month-to-month, perhaps because they work overtime. We have termed this issue an information gap – because families will be left to guesswork when it comes to making financial decisions about childcare support.

Draft statutory guidance published in 2014 suggests that parents may be limited in the numbers of times they can switch between Universal Credit and the tax free voucher to no more than once every year and twice within a four year period. There are also different qualification criteria for the two systems relating to the ages and numbers of children whose childcare costs are supported. This can only add to parental confusion.

Our research shows that there is a related financial gap. Those receiving help with their childcare costs through tax credits – and in future, through Universal Credit – see the amount of financial assistance disappear quickly if their wages go up. Families in these circumstances may see little benefit from extra earnings from overtime or promotion, and again may be better receiving the tax free voucher.

Some 335,000 parents will be affected by these gaps in the childcare system. Their numbers include the self-employed and those who work overtime. Agency workers, those on zero hours contracts and parents whose incomes are boosted by commission are also at risk from falling into these gaps. Often these families are not the very poorest. Rather, they are hard-working.

It is essential that childcare policy is informed by the real life experiences of parents and an understanding of their work patterns and childcare needs. Based on the research, we make the following recommendations.

In the long-term the Family and Childcare Trust would like the Government to establish an independent review of childcare funding that simplifies the system for parents and makes sure those on the lowest incomes get the most help.

In the short term we recommend

The Government should enable families to switch between the different childcare support systems easily, to accommodate the needs of families whose incomes or childcare costs vary from month to month.

The Government should run a national campaign to inform parents about all types of help with their childcare costs.

The eligibility criteria for Universal Credit and the tax free voucher should be harmonised – including the ages of children eligible – to help parents make decisions about work and childcare.

Working parents use many different forms of childcare and their choices depend on many factors including preferences about particular forms of care, family income, hours of work, local childcare availability, informal childcare support networks and the age of their children. Data from the 2013 Childcare and Early Years Survey of Parents suggests that in England some 68 per cent of families with children under 15 years use childcare, with 52 per cent of families using formal – regulated – provision provided by childminders, nurseries, sessional crèches, pre-schools, out-of-school and holiday clubs (Department for Education, 2014a).

High quality childcare is widely recognised as essential for children’s development, and also helps parents – usually mothers – to return to work after having children, bringing benefits to families, employers and the broader economy. From the mid-1990s successive governments have prioritised childcare as an issue, with a clear shift away from the idea that it is a private matter for families. The numbers of places in nurseries, out-of-school and holiday clubs has greatly increased – there were just 59,000 nursery places in England and Wales in 1990, compared with 1.8 million today. Successive governments have also brought in measures to improve the quality of childcare, for example, childminders, pre-schools and nurseries now have to deliver the same early years’ curriculum.

Governments have also acted to help families with their childcare costs, which are now subsidised through the provision of part-time free early education (a supply-side subsidy), tax credits, employer-supported vouchers and a number of smaller schemes, for groups such as student parents. In 2015, employer-supported vouchers will be phased out and replaced by a tax free voucher, which is worth up to £2,000 per child per year to families. As with the present childcare vouchers, it will not be available to those who receive any form of tax credit support, but for them, the Government proposes to increase the level of childcare help in the new Universal Credit to 85 per cent of childcare costs, up from the 70 per cent that is presently available through Working Tax Credit. This change will be introduced in April 2016.

Despite this extra financial help to parents, childcare remains a major cost burden for families. Year on year, the price of childcare has increased above the rate of inflation – nursery costs have increased by 27 per cent since 2010 – while wage growth for parents has been largely stagnant during the same period. Table One shows prices taken from the Family and Childcare Trust’s 2014 Childcare Costs Survey. Typically, a parent using part-time nursery provision for a child under two and an after-school club for a child of school age would expect to pay £7,541 per year in childcare. In London and the south east this cost is usually higher, with nurseries 28 per cent more expensive than the British average.

For many parents, childcare remains one of the most significant items of expenditure and this affects many aspects of family life, as parents cut back on food, clothing and days out together. The high price of childcare can also be a barrier to employment for some parents and prevents them returning to work, taking on extra hours of employment and thus moving out of poverty.

Finding effective ways of helping parents with their childcare costs is a major challenge for the Government. It is also an issue of concern for organisations who advocate for low income families. The Family and Childcare Trust believe it is important that we understand the impact of future changes on real families. To these ends we carried out 10 in-depth interviews with working parents in London, Derbyshire, Stockport and Edinburgh. These case studies were of low to middle income parents and their gross annual household incomes ranged from £8,300 to £45,000, with the net income in all but two of the families falling below the equivalised median income. Two of the families were living in poverty – in that their net household income was below the 60 per cent median household income. Two further families were single parents who worked part-time, both of whom had been lifted out of poverty through tax credit support. Further details about the ten families are given later in the report. The interviews were backed up by our analysis of secondary data, for example statistics from the HMRC.